Due to the ongoing concerns and challenges surrounding the global health situation, we are rescheduling Conversations Northeast at the University of Connecticut from September 19, 2020, to a Saturday to be determined in Fall 2021.

We are now planning to offer an online conference on Saturday, September 19. Registrations will open on June 29. Stay tuned for details.

We hope to “see” you virtually on September 19, and in-person next fall in Storrs, Connecticut.

Erie Lackawanna east of New Milford, Pennsylvania, on October 18, 1974. Photograph by John F. Bjorklund, Bjorklund-54-27-24
We hosted an archives and preservation Q&A with Adrienne Evans, our archivist, on Tuesday evening, May 19. Adrienne fielded dozens of questions about our collections and best practices for the archiving and preservation of analog as well as digital photographs. More than 130 people tuned in live, and you can watch a recording of the session on our YouTube channel.

Adrienne also prepared a list of resources that you can download here. We are already planning another online presentation about archives and perseveration as well as additional online programming throughout the summer. Stay tuned for details!

CRP&A Archivist Adrienne Evans will answer your questions! Curious about the basics of photography archiving and preservation? Submit your questions to Adrienne to expand your knowledge and to learn more about becoming a better caretaker for your photographic materials.

Submit your archive-related questions to info@railphoto-art.org by end of day on Monday, May 11 to have them considered. Adrienne will answer as many questions as she can within the 60-minute time slot. Any additional time will be opened to questions in the Q&A feature on Cisco Webex.

Deadline for registration: Friday, May 15

Prior to the event date please register for a Cisco Webex Account. It is free to sign up.

We will send out a link for the meeting on Monday, May 18 by email. Please click on the link and sign into your Webex account on Tuesday, May 19 at 7:00 P.M. (U.S. Central) to access the Q&A session.

Steam yacht, “Ellide,” rides a flatcar down the makeshift launching track by the steamboat dock at Baldwin, near the northern end of Lake George (New York), circa 1890. Photograph by Fred Thatcher from the Jim Shaughnessy Collection.
Our next presentation for Virtual Conversations premieres on YouTube at 8pm Central Time on Friday, April 17. “Beautiful Fragility: Railroad Cinematography in the Pacific Northwest,” is an interview with filmmaker Camron Settlemier of Marcam Productions about his quarter-century quest to record the dying branch lines and short line railroads of the Pacific Northwest.

While still in college, Camron got his first video camera to capture the last summer of the Southern Pacific In Oregon. For the next thirteen years he put all available time, money and resources to pursue his interest in railroad videography, capturing some of the most vulnerable and interesting short lines and branch lines in the Pacific Northwest. They include the Camas Prairie, Saint Maries River, and Port of Tillamook, all which are now out of service. Camron is also known for professional Steam Videos, first working with Goodheart Productions, and later forming his own video company, Marcam Productions. In 2007 Marcam Productions was the first to release a steam railfan video in the US on High Definition Blu-ray, the “Legends of Steam” series. Today Camron subsists in his hometown of Albany, Oregon, and dreams of inventing a time machine to go back to a period of time worth videoing.

The Saint Maries River Railroad hauls logs to the mill in Saint Maries, Idaho, along its namesake river in October 2006. Photograph by Camron Settlemier
If you’re missing a good railfan road trip right now, you will not want to miss our next presentation for Virtual Conversations, “A Funny Thing Happened on the Way to CRPA,” by Oren Helbok and George Hiotis. See it now on YouTube.

For the past few years, George and Oren have turned their trips to the Center’s annual conference in Lake Forest, Illinois, into extended photography expeditions through the Northeast and the Midwest. While seeing trains was their initial goal, they found so much more, and they will regale you with some of their favorite stories and photographs in their presentation.

Helbok was born in the Bronx in 1965 and ran away from a steam locomotive the first time he heard one, at age two, but he very quickly turned around. Oren learned the technical aspects of film photography from his father, John, and spent twenty-five years in darkrooms before raising children and then going digital. Now running a non-profit arts organization in central Pennsylvania, Oren lives closer to more active steam locomotives than he could in any other place in the U.S.

Hiotis is a professional photographer who saw the beginning of his career by borrowing the family camera to take pictures of trains. He made his very first picture at the Jersey Central station in nearby Westfield in the mid-1950s, and his interest advanced beyond the hobby stage in the early 1970s. He has nurtured a great passion for railroads, in both their mechanical and human aspects, most often aiming for an unusual representation. He has won two grand prizes and one second prize in the Trains magazine photo contests. 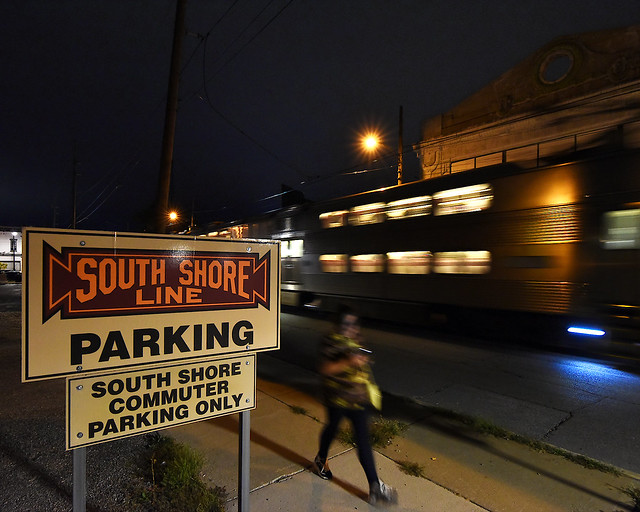